Problems during the “battle of the suck”

Because there is community value in PAHL and good economies too.  When my AA team buys in to PAHL but your AA(A) team doesn't, what happens?  Hockey gets more expensive for everyone.  In PAHL we might 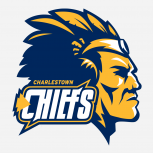 This is such a conceited point of view. Not sure which practices you've been watching but most legit PAHL AA teams are better than Pittsburgh-area AAA teams, excluding the Pens Elite and a few one-off

I think you should get your kid an agent.